Being a psychologist comes with the great responsibility of shaping a child’s future. But what makes our role different from other professions is that when we do make a positive difference in a child’s life, it soothes and satisfies our very souls as well!

The motto in Drishti states: Creating a significant social impact and feeling great about it. In my work with children and with Drishti, there have been many such instances where I felt good about creating a significant impact, but I personally feel GREAT when I create an impact in a student diagnosed with ASD. I have my reasons for it and to explain that I’m putting down 3 different stories here.

All three success stories are special for me and are really close to my heart. They were assigned to me in the first 3 months of starting my career and have been instrumental in shaping my understanding of working with children with autism. 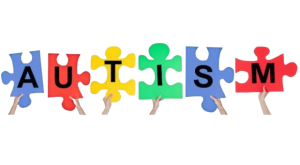 The First Story – “Learning to trust each other”

There was a lot of pressure from the school’s end to take up both assessment and counselling to make a difference to a 10th grader in his remaining 8 months of the school year. Although the parent had awareness of her child’s difficulties, our relationship was riddled with scepticism and suspicion. A lot of doubt was expressed by the parents in the ways of our working as a team.

Moreover, since these were the initial days of my career, I did not have a lot of training on dealing with a child with ASD. I was scared and unaware of my next plan of action. I had sleepless nights dealing with this particular parent and the student as well because of his emotional and behavioural difficulties. Yet, I tried to work with the parent despite our difference of opinion. There were several times when she forthrightly questioned our organization’s way of working and what we were doing. It was not a very good feeling. Yet, we kept working.

As the months passed by, the parent started becoming more and more confident of my work and started trusting me and my suggestions. As the year ended, she fully trusted my decisions and advice. I could see a lot of behavioural changes in the child as well. We were constantly in touch during his board exams. After his board results came out, the parent walked into my cabin and told me proudly that her son had scored an 82%. She further stated it wouldn’t have been possible without my help. The student stood at my door, gave me an eye contact of three seconds and said – “Thank you Anvesha Miss”.

I can never forget that moment and that memory. A year of hard work paid off and how!. His “Thank You” was genuine and heartfelt.The parent did the unexpected and praised our work on social media as well! This case was a big learning experience for me and helped me understand the importance of building trust with all stakeholders of the child as that ultimately pushes the child to live up to their potential. 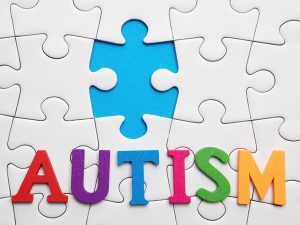 The Second Story – “I like coming to the class”

This case initially gave me nightmares as it had come to me in the first week of starting my career!. The student was diagnosed with ASD  with  borderline to mild intellectual impairment and epilepsy along with behavioural difficulties. My training on this particular child was taken up and done in rapid speed as the leadership knew this client and his difficulties.

Although the mother was still in denial of her child having autism, she trusted me and  let me go ahead with any kind of intervention and techniques that I used to help her child. The toughest part was the child’s behavioural difficulties. It took one whole year to work on them with constant guidance from my Program Director of Remedial Education- Ms Darshika. We tailor made interventions for him. The trick was to maintain the balance between firmness and permissiveness.

The incentive of getting to play a game of his choice in the last 10 minutes of each session pushed him to complete his work on time. I had to always be prepared with puzzles and drawings to keep him engaged.  By the end of the year we saw  positive results and a very good improvement in his behaviour. But what touched me the most was the bond that the child and I had developed with each other. He had grown so attached to me that even in times of sickness, he would mention to his mother that he wants to attend my class.

He would collect all the smiley’s, stars or any other token of appreciation that I would give him and always carry them around to show others as well. In whatever little way he could, he would always try to show his fondness for me. On Teacher’s Day, unguided by anyone,  he made a card for me and tried to write – “Anvesha Miss is my most favourite teacher!”.  His mother mentioned to me that he is very fond of me and that she was really happy with the way he had received therapy.  I felt really happy and content. It felt like I made a great difference. It was a big deal for me. 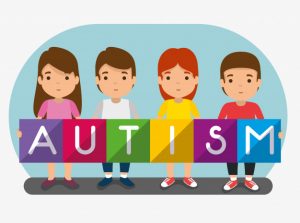 The Third Story – “When will you come again?”

A preschooler from Sr. Kg. with manifestations of  ASD and ADHD (severe range) was referred to me for counselling.   Although the child had a Superior IQ, the teachers were very drained of trying to make him sit at his place, stop hitting others and participate in  group activities. It was even more difficult for them to understand him due to lack of clarity in his speech.I was constantly called to his class to hear complaints about him. The sports teacher didn’t want to teach him because he hit others with racquet. Nevertheless, I started with my interventions and gave different strategies to teachers, a shadow teacher and parents.

Despite reluctance from the sports teacher, the child was enrolled for tennis. The teacher was advised to send the child to fetch the balls when others hit in order to curb his restlessness on the field. Also the concept of token economy was explained to the teachers in the classroom. The  emphasis was on the fact that he had to earn the star for himself by completing all his work and maintaining class decorum.

One and a half years later, the supervisor called me and told me – “Anvesha, what an improvement!! There is a drastic change in him. Can’t recognize him now. We are used to him being troublesome. Now he is one of the best students of class! Thanks to you, his class teacher and shadow teacher. You all worked together and made it happen!.” He was made the star of the month in his class. I was extremely happy. This was an achievement for me too.

Throughout the entire process the child was very loving and would always acknowledge my efforts.  I remember him once looking away from me, with a tone of anger and complaint – “Anvesha miss didn’t come to (the student’s) class for 17 days. Why?”

He said – “I counted in my book”.  He showed me his book where he maintained a record of the dates of  our meetings.

I apologized to him.

I had no words to say. I  felt so loved at that moment!.

A student with ASD shows his love in the most unimaginable yet beautiful ways, if only you know how to identify them. This is my story and that’s why I feel proud and fully satisfied when I make a difference in the life of a child with ASD. Their appreciation of the work you do on them is not fake. You know it’s true love and respect, with no sarcasm, hidden agenda, manipulation, or forced social convention’s dictation. At the end of the day, I go home happy.