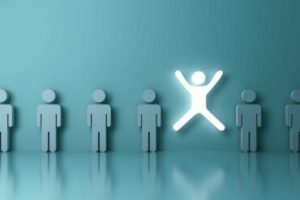 Having a special child in our class can either be a challenge, or interesting to learn from. If all the students were the same it may get monotonous. As a mental health professional, one needs to use a lot of strategies and techniques to help these kids and make it an inclusive classroom. One needs to be proactive to achieve those goals and that can be done by focusing on building relationships with the students, greeting them and also giving them cues and reminders to help them follow rules and instructions. That will eventually help them succeed and achieve their goals with a bit of help from you.

One such story is of a student called Dev!

Dev (name changed) was 4 years old, showing symptoms of ADHD. He would find it hard to remain seated, would suddenly scream, never wind up his toys and often get aggressive.

The entire school was aware of his behavior and many frowned on hearing his name; but his class teacher Ms. Reshma (name changed) was very calm and patient with him. She used to use a few classroom management techniques that would help her deal with Dev. Techniques like, she would either stop the task at hand; wait for him to become quiet, or smile, to make him aware of his actions; or would give him more breaks; or make the other children also follow the same action done by him. She never discouraged his behavior, neither encouraged it, nor did she ignore him. All she did was acknowledge him, and reminded herself that he is much more than just his behavior.

She had a new plan for him each day, ensuring that he learned and developed. Most of her tricks rotated around ‘United we stand’ i.e. using strategies involving other classmates of Dev’s in a Buddy system – she made Dev her buddy to begin with, and then allowed him to be a peer’s buddy. Games like “Follow the Leader” were used as a reward for him. During the month of August, Ms. Reshma made a long friendship band with one end knotted on her wrist and the other on his, to give space and yet to not have him hurt himself by running around, followed by making him and other children sit like Lord Ganpati for 15 minutes. If Dev would be running around, she asked him to talk and not stop. Once he did that, she would ask him to try and walk like his mom/ brother/ actor and then ask him to walk like a smart boy like himself. The entire class would even get a chance to run a few rounds of the school ground with Dev being the leader.

It was this warm, welcomed and loved feeling Ms. Reshma gave it to Dev, who soon transferred to his class. The classmates (all 4 years old) stopped complaining and started explaining to him. These strategies used by Ms. Reshma to manage her classroom, not only helped Dev, but helped other students in the class to be socially aware. Social awareness confines important life skills such as empathy, compassion and understanding each other. Once equipped with these skills, children were able to use  these skills to understand other kids around them because they were then able to put themselves in their shoes and understand their emotions. A few tips to remember for effective classroom management are – to create a safe environment for all the students, use diverse strategies, use collaborative and communicative plans, special educational practices in a regular classroom, to support all the students.

This child, Dev has carved a memory in my heart due to the interventions used by Ms. Reshma and their positive effects on the psyche of the child. I now believe that we don’t have to look too hard to find classroom management skills, we just have to take a trip back in our memory lane and use our favorite games (as skills) and get to relive those moments through that special child.