“More than 1.39 lakh Indians died by suicide in the year 2019, 67 per cent of which were young adults (18-45 years), shows the latest data released by National Crimes Record Bureau (NCRB)”.

A detailed age-wise breakup of causes of suicides as provided by the NCRB has provided report reveals that family issues, love affairs, drug abuse, mental illness appear as the top cause of suicide among the youth. According to the report, among people aged above 18 and below 45, family problems were the biggest reported cause of suicide. 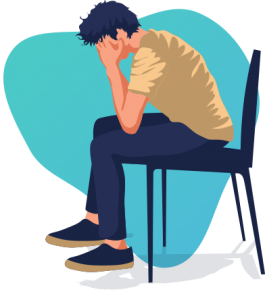 The youth, at times may feel that no one is understanding and validating their feelings and situations, and as a result, they feel angry, alone and confused whilst also carrying some issues about identity, peers, sexual behaviour, career, studies, drinking and drugs. Family members are usually successful at helping their children achieve the developmental goals of the teen years, However, certain warning signs indicating ‘things not going well’ should be recognised and addressed on time so that outside or professional help can be sought. With the tragedy of suicides becoming popular, no one can imagine the kind of plethora of negative feelings and emotions the parents experience.

‘Suicide’ is a combination of physical, biological, somatic, mental, psychological, socio-cultural phenomenon and a significant public health problem. In spite of the research done on the identification of the causal factors of suicide we cannot know the real reasons behind suicide, because suicide is multi-causal, and can never be traced back to one single cause. Although, A detailed age-wise breakup of causes of suicides as provided by the NCRB report reveals that family issues, love affairs, drug abuse, mental illness appear as the top cause of suicide among the youth. According to the report, among people aged above 18 and below 45, family problems were the biggest reported cause of suicide.

Adolescents and young adults at this age may start to think and feel differently than others. They feel confused about being stuck in a weird mid-position where they are neither kids nor fully grown adults. They may also feel isolated and uncomfortable. Unfortunately, some may at one point or another believe suicide to be a permanent answer to problems that can be talked about and solved with the right guidance. Self-doubts, confusion and pressures to succeed or conform can come at a very high price for adolescents.

Whilst we are still unsure about the casual factors considering its complex nature, it is very important that we are aware of the warning signs of suicide.

Warning signs for those at risk of suicide include constantly talking or expressing the wish about wanting to die, feeling hopeless, having no reason to live, feeling trapped or in unbearable pain, seeking revenge, and being a burden on others. Many times, people start looking for methods and making plans such as searching online, increasing use of alcohol or drugs, acting anxious or agitated, behaving recklessly, withdrawal and displaying rage and extreme mood swings.

There are three steps all of us can take to prevent suicide:

Everyone has a role to play in preventing suicide, we do not have to be a mental health professional to make a difference or impact. Over the last year mental health and wellness has come to the forefront of discussion for many people when it might not have previously. These increased conversations about mental health are a great step forward to staying connected with others, offering help, and letting people know how much they matter.

Let’s encourage people to celebrate lives and remind those in distress that “they matter!”

Those in distress or having suicidal tendencies could seek help and counselling by calling any of the following numbers: